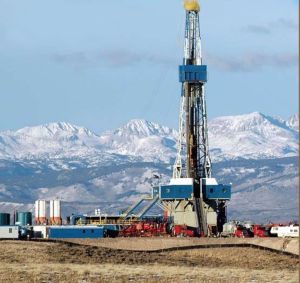 For the last few years, natural gas was considered to be a bridge between carbon-intensive fuels such as coal and the clean energy of the future. Given that natural gas releases 50% fewer greenhouse gas emissions compared to coal, it was certainly a great substitute. However, the recent growth in the renewable energy industry is quickly proving that we may not need this bridge fuel after all.  Here is why.

1. Cost of utility-scale renewable energy on par with natural gas: According to the financial advisory firm Lazard, the levelized cost of energy (LCOE) for natural gas ranges from $61 to $87/MWh, $60 to $72/MWh for solar PV and $37 to $81/MWh for wind. Wind clearly fares well but solar is also cost-competitive with natural gas. While analysts believe that renewable energy sources are only competitive with subsidies, data shows that even without subsidies, renewable energy can compete with conventional energy sources as demonstrated by recent examples such as Austin Energy which signed a 20 year solar PV power-purchase agreement at a rate less than 5 cents/KWh. Similarly, Public Service Company of Colorado has plans to purchase electricity generated by Sun Edison’s 156 MW solar power plan via a 25 year power-purchase agreement. The continuous drop in the hardware and soft cost of solar PV negates the use of natural gas as a substitute for coal. Many utilities will likely jump directly to solar or wind to meet their generation needs. Improved battery storage technologies and reduced cost will aid in this transition. The battery storage start-up Eos Energy Storage is certainly headed in that direction. Earlier this year, Eos Energy Storage introduced its grid scale 1 MW Aurora battery energy storage system which provides four hours of discharge that is cost-competitive with gas peaking generation. Currently, the company has project agreements with Consolidated Edison, GDF SUEZ, and Pacific Gas and Electric.

2. Increased EPA regulations for oil and gas: In order to meet President Obama’s ambitious goal of reducing greenhouse gas emissions, the Environmental Protection Agency (EPA) proposed regulations to cut methane emissions from oil and gas production by almost 45% by 2025. While environmentalists tout these steps as necessary to curb climate change, many oil and gas representatives see this as a step to restrict the growth of the booming natural gas industry and put an undue burden on the industry. If the production costs for the natural gas industry climb up due to increased regulations and the production cost of clean energy continues to decline, clean energy will likely emerge as the winner in the future energy generation mix.

3. Public resentment against fracking: The biggest factor that led to the boom in the natural gas industry is the technological breakthroughs in hydraulic fracturing or fracking. But, this has not come without the skeptics. For the last few years, environmentalists and public health advocates have been suspicious of the impact of fracking on water quality, seismic activity, and other hosts of environmental and public health issues. Most recently, University of Texas came under fire for allowing fracking on the land owned by the University. A research report published by Environmental Texas Research, Policy Center, and Frontier Group demonstrates the impact of fracking on public health and the environment. According to NRDC, studies have also shown dangerous levels of toxic air pollution near fracking sites as well as increase in risk of cancer and birth defects in neighboring areas due to oil and gas production.

A number of environmental advocates recently notified the Environmental Protection Agency (EPA) of their intent to sue if EPA does not update its fracking rules. The last time rules were updated was in 1988. This means that all the current fracking activity in the last ten years has not been regulated to the extent it should have been.

4. Volatility in the Natural Gas market: Despite the surge in the natural gas market, price volatility is a serious factor that needs to be accounted for. Since fracking is an unconventional form of gas extraction, the cost of drilling and extraction will continue to see an upward trend. As explained by Fortune magazine, natural gas extraction through unconventional ways such as fracking is marked with a short life compared to a conventional fuel extraction. This means that existing wells deplete at a much faster rate, thereby necessitating the need to build new wells, which in turn, increase the cost of natural gas. Due to this, energy consumers are hedging against this market volatility by increasing their reliance on renewable energy sources such as solar and wind as it provides a continued stream of energy at a predictable price over a long period of time.

The natural gas industry is faced with a number of challenges that need to be addressed for it to safeguard its interests and protect its image as a clean energy source. If EPA acts on updating the rules and regulations, and the public and the business community continue to embrace clean energy sources such as wind and solar, the natural gas industry may soon be forced to fall into the footsteps of the coal industry.